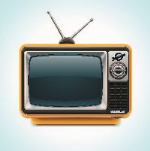 Ever sat on the couch and facebooked your way through The Voice? Or shared a tweet about ABC1s Q&A?

If you have, then you are participating in a new trend called Social TV. This is the process of enhancing a viewer’s social experience of watching TV by connecting them with other viewers in real time.

Social TV enables viewers to increase their interaction with TV programs by using different channels of communication to share the content that they’re watching.

Social media has provided a new way of connecting people using Social TV, even when they are not in the same location. Programs such as The Voice on Channel 9 are a great example of Social TV.

If you live under a rock (or don’t watch TV!), The Voice is a reality TV show that is holding a competition to find the singer with the ‘best’ voice in Australia.

The Voice has been able to use social media effectively to attract a large audience of fans to the program. Viewers of the show are able to vote for their favourite singer by sending an SMS, voting on Facebook, over the phone or buying one of their songs on iTunes (which counts for two votes).

The show broadcasts live tweets posted by viewers using the hashtag #TheVoiceAU. This is a great strategy because many people are eager to see their comments on TV. It also uses the viewer’s Twitter network to publicise the show to a larger audience. This may even attract new viewers to the show who want to participate in the conversation on Twitter.

The Voice is maximising their interaction with viewers by posting bios of the singers and behind the scenes footage of the show on their website and social media channels. This is not a new concept for reality TV with many other TV shows interacting with their viewers via social media. However, The Voice has been able to achieve a new level of success.

The Voice hashtag is frequently trending on Twitter and many of the contestant’s songs have appeared in the Top 5 on the iTunes chart.

The Voice has successfully connected viewers into a wider conversation about the program and created a community around the show. This is a great marketing tool to enhance viewer loyalty to the program and attract new viewers.

So what does this mean for the future of communication and TV?

The way that we interact with TV is shifting towards multi-channel forms of communication. No longer are we just watching a program but we are becoming part of a community and sharing experiences with other viewers all over the world. Instead of being passive viewers we are actively taking part in what we watch with the ability to influence how the program unfolds.

This shift towards Social TV encourages a greater interaction between consumers and producers. Businesses can learn a lesson from this shift by thinking about how they can engage their customers using multi-channel forms of communication.