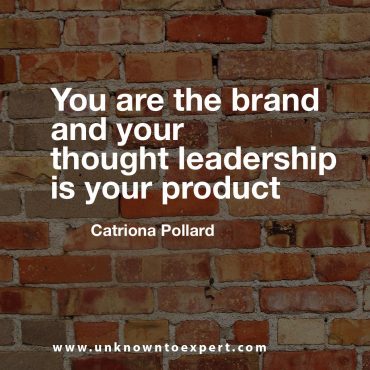 It’s getting more difficult to stand out from competitors in this increasingly noisy world. So as a business leader and influencer, it’s critical to showcase what makes you unique through your personal brand.

Developing and communicating your personal brand is just as important as communicating your business’ brand. It is your reputation – it’s how you communicate and explain yourself to others and it’s what defines you as a leader and expert in your field.

Having a personal brand can help you to be illuminated, just like these five inspiring business leaders, who have nailed their personal brand.

Sheryl Sandberg has been working at Facebook since March of 2008, and since then she has made quite the impact. Sandberg has been credited as the individual responsible for making Facebook profitable. She is also the first female board member of Facebook, having been appointed in 2012.

Sandberg portrays herself as a strong advocate for women. Authoring the book ‘Lean In’, Sandberg highlights the struggles she has faced while trying to balance motherhood and work, breaking through the glass ceiling, her feminist values, and how the feminist movement has stalled.

Sandberg is an excellent example of a business leader with an effective personal brand. She has built a reputation as a supporter of strong women in the workplace.

Logan Green is a co-founder and current CEO of transportation network company Lyft. While he hasn’t written a book, and currently only has 7,500 followers on Twitter, this hasn’t stopped him from voicing his opinions and creating a reputation for himself.

Donald Trump’s immigration ban has affected a number of individuals from seven predominantly Muslim countries, with over 100,000 foreign visas being revoked. This has sparked widespread controversy, with many known leaders speaking out against the decision. This includes Green, who slammed the executive order in support of the diverse and conscientious community that has been built at Lyft.

Green’s support of immigrants and refugees has not only helped to strengthen his personal brand, but it has also benefitted Lyft. Due to Green’s supportive comments and Uber’s own mistakes, Lyft was able to overtake its rival in app store downloads for the first time ever.

It’s hard to not include Richard Branson in a list dedicated to successful business leaders. As the founder of the Virgin Group, Branson has achieved great success in his business ventures over the course of his career. During this time, he has also managed to develop a powerful reputation for himself.

Branson is known for the great lengths he has taken towards generating publicity for the Virgin brand. He has participated in a variety of stunts in order to achieve this, such as dressing up like a flight attendant to honour a bet, and to earn money for charity. He also has a reputation for being a sincere and accommodating person. Branson has been protective of the rights of reporters during a crisis. Additionally, he also travels to the site of airline issues in order to comfort passengers and express gratitude to his staff.

Over the course of his career, Branson has managed to build a personal brand that portrays him as a fun-loving yet caring individual. While he has received criticism in the past, his success far outweighs his failures.

Since founding Boost Juice, Janine Allis has gone on to become a board member of Retail Zoo and Michael Hill Jeweller’s. She has also appeared on the TV show Shark Tank, and she has written her own book.

Allis has developed a reputation as an advocate for a number of causes. Like Sheryl Sandberg, Janine Allis has become a voice for working mothers and the difficulties they face. She has also spoken out in support of small businesses and issues related to mental health. Allis elects to show her support for these issues by using social media, sharing regularly with her 49,000 followers on Twitter.

Janine has created an image for herself that depicts her as a strong business woman, dedicated to and willing to speak out against a number of issues that she would like to see resolved. Furthermore, her appearance as a cast member on Shark Tank highlights her support towards small businesses.

During her tenure as the First Lady of the United States, Michelle Obama dedicated her time to a number of causes. For example, her efforts to support healthy eating and physical activity in order to reduce childhood obesity. This initiative was known as ‘Let’s Move!’, and through it Obama was able to update school nutrition standards, develop programs to support kids and families hoping to lead healthier lives, and leverage the power of marketing for healthier options.

Similarly to Sheryl Sandberg and Janine Allis, Michelle Obama has been an advocate for working mothers who struggle to balance their career and family. Obama has strongly supported military families and spouses, which was a personal mission of hers. She has also promoted the arts and arts education, and also shared her support for LGBT rights.

Michelle Obama has managed to build a strong fan base that features a wide variety of individuals. The views that she shares, and the initiative that she has taken, shows that she is a genuine and caring person that wants the best for everyone.  With the personal brand that she has perfectly crafted, it is no surprise that she has become a role model for many people.

The five individuals listed have spent an enormous amount of time and effort in order to perfect their personal brand. They have developed their own unique reputation that sets them apart from other entrepreneurs. Up and coming business leaders should look to these figures for inspiration to help them to develop their own personal brand. 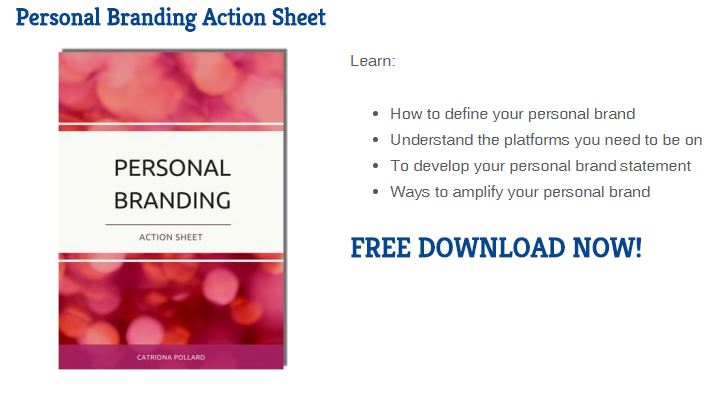