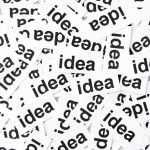 Each year the Oxford University Press chooses a different word of the year to reflect how our vocabulary is developing and to highlight cultural changes that year.

This week GIF was announced as the 2012 word of the year. Typically GIF is an acronym referring to a file of an image or video sequence.

GIF was chosen because this year people started to use the word as a verb not just as a noun. For example the term ‘GIFing’ was used to describe the sharing of scenes from the 2012 London Olympic Games.

GIF as a verb is now being considered for inclusion in Oxford Dictionaries and is defined as: to create a GIF file of (an image or video sequence, especially relating to an event).

GIF as a verb is a great example of how words can be misused and end up with a different meaning. However, as a communicator misusing words inadvertently can result in your readers not understanding your message properly.

Here are some other commonly misused words and how they should be correctly used.

Effect/affect
The verb ‘affect’ means to influence, move or produce an effect on.
For example: The changes to the lunch menu affect everyone.

The verb ‘effect’ means to bring about, or cause to exist or happen.
For example: The lobby group wanted to effect change.

There, their, they’re
‘There’ is used to refer to a place or to indicate the existence of something.
For example: The cupcakes are over there on the table.

‘Their’ is used to indicate possession.
For example: My friends have lost their books.

Whose/who’s
‘Whose’ indicates belonging to or associated with a person.
For example: Whose watering can is this?

‘Who’s’ is the contraction of who is or who has.
For example: Who’s in the office? Who’s got the ball?

Accept/except
‘Accept’ means to say yes to.
For example: If you accept our terms and conditions, we will process your order.

‘Except’ means not including.
Everyone is going to the company picnic except for the IT department.

Its/it’s
The only time ‘its’ has an apostrophe is when used as a contraction.
For example: It’s a sunny day.

Remember to always proof read anything you write to pick up any spelling or grammar mistakes. You can even ask a friend or colleague to read over your writing as well.