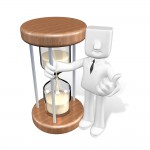 LeadingCompany reports the document was published without authorisation and even had a large space that was to be filled by a quote from chief executive Larry Page.

Once information has been published it’s impossible to take it back or stop people from seeing it. As shown with the example from Google, publishing information at the wrong time can lead to a PR disaster as Google’s shares went down by 8 per cent.

This is an important lesson for businesses to always make sure the information they release is correct, complete and timely.

Here are some tips to help you time the distribution of your media release.

Timing is everything in PR because it can make the difference between getting 10 stories in different publications or one small story at the back of a newspaper.

Have you ever sent out a badly timed media release?