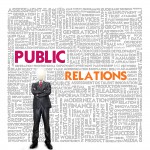 Yesterday Barack Obama won the US election for the second time and will continue as the President of The United States of America for another four years.

Barack Obama and his opposing candidate Mitt Romney both used a variety of PR strategies in their campaigns to help them communicate their messages to voters.

Your business may not be running for president but there are still some PR lessons you can take away from the US election including:

Key messages
Key messages are the core messages you want your target audience to hear and remember. They are an important part of any PR campaign because they allow you to communicate the aspects of your business you want customers to remember.

For example, Obama’s first presidency campaign in 2008 focused on the key messages of change and hope. In 2012, his second campaign focused on moving forward. Obama used these key messages in his speeches and media interviews to tell voters the main point of his campaign.

Spokesperson
A good spokesperson is vital to any business wanting to build their profile and reputation. They put a human face to the organisation and can effectively communicate your messages to the public and the media. A good spokesperson will understand the media, know their target audience, deliver key messages, speak with clarity, be prepared and remain controlled in difficult situations.

Obama is a great spokesperson for the democrat party because he is able to communicate his key messages in a compelling way that inspires voters.

Media relations
Just like in a political campaign, building relationships with the media is essential to gain positive media coverage. If your business has a good relationship with a specific journalist they may be more likely to read your emails and publish stories about your business. By getting to know specific journalists you can understand what they are interested in and when their deadline is, which will help you to pitch the right stories at the right time.

Online presence
Social media is now a big part of any PR strategy to help businesses communicate with their target audience. For example the US election in 2008 was dubbed the first social media election as both candidates used social media as part of their campaign strategy.

Obama has continued his strong presence on social media especially on Twitter, which has helped him to connect and communicate with voters. Obama’s tweet to announce his victory in 2012 has become the most shared tweet in history as it was shared 660,000 times. This shows how powerful social media can be in reaching a wide audience with your campaign message.

Obama has done a good job in building advocacy for his brand. Not only is his wife one of his biggest supporters but he also has a large following of loyal advocates helping to spread his key messages.

Consider these PR lessons from the US election and improve your next PR campaign.

What have you learnt from the US election?