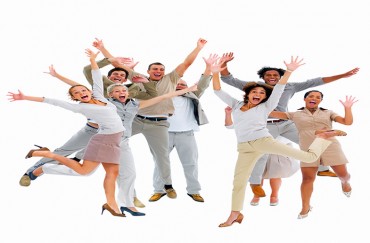 The Seminars
CPC developed a strategy to build awareness of the ‘Let’s Talk Business Seminars’ as a City of Sydney initiative as well as increase the number of seminar attendees. CPC developed a media pitch including key information about the events as well as an invitation to attend. This resulted in significant media coverage in a range of different business publications.

In addition to media pitching, CPC provided each speaker involved with information about the event and encouraged them to distribute this via their networks. Information was posted on business listing sites to further reach Sydney business people and boost attendance.

As a result there was an increase in attendees to each of the seminars from 80 to 120, exceeding the campaign’s target.

The launch
CPC developed an initial media release to engage the attention of key media including, local news, business publications, ethnic media and online sites. This release included information about the awards including the new categories for the year, interesting local business statistics and an invitation to attend a launch event.

This resulted in many journalists attending the launch function and a significant amount of media coverage which helped to increase the number of awards entrants and public votes from previous years.

Driving entries
The awards had more than 20 different categories businesses could enter. To assist in reaching businesses across a range of industries, CPC developed numerous media angles around several of the key categories. These were pitched to industry publications and resulted in highly targeted media coverage which helped to boost entries in those industries.

Results
As a result of the PR campaign award entries increased to more than 520, a significant increase from previous years. More than twice as many members of the public from previous years nominated businesses and there was an increase of over 20 per cent in voting.