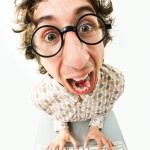 Every year at least one business or individual causes a major PR disaster which is widely reported in the media.

PR mistakes can cause irreparable damage to a business’ or individual’s reputation if they are not managed correctly.

This year we have seen a few PR mistakes such as public figures saying inappropriate comments as well as businesses misusing social media.

PR disasters.com has listed some of these PR mistakes in 2012.

Hopefully every business can learn a few lessons from these PR disasters and with only a few weeks left of 2012 we hope there will be no more to report.

What other PR disaster occurred this year?